Charlesbridge—sent manuscript, no reply
GP Putnam—sent manuscript, no reply
Houghton Mifflin Children’s Books—sent manuscript, no reply
Clarion—equery, no reply
Susan Schulman Agency—queried, no reply
Pippin Literary Agency—e-query; no reply
On the other hand, after I queried Editor-at-Large Melanie Kroupa, she sent a lovely hand written note addressed to me personally, not to “author.” Melanie wrote that she was taking on few projects.  This is what many in the publishing world say is “a positive rejection.” This means that she read my query and it was professional enough to garner a personal note.
Maggie and the Third Grade Blues has been entered in four contests.  The Kay Snow Willamette Writers Contest will make the final contest, the deadline being this April.  To date, the picture book has captured three contest awards!
More news:  I will post a review of Chuck Sambuchino’s workshop “Everything You Need to Know about Getting an Agent.”   And, I will be hosting two special guests next month.  On April 11th Renee Hand will offer her insights about creating characters.  On April 15th Judy Snider will present the back story of I Love You, Be Careful.
Until then, happy writing!
Posted by Randi at Monday, March 28, 2011 No comments:

A letter to Merilee

How would I describe you to someone who never knew you?  You were my dad’s girlfriend, a beautiful blond, a fabulous cook, a dancer, a friend to my family, and a cheerleader of my writing.  When I’m quiet, I can hear your voice from your cell phone:  “Hi, this is Merilee, leave me a message.”  And when we’d connect, we’d talk and talk.  I am lucky to have some of your recipes, preserved on note cards—my favorite, the scrumptious honey bun cake!  I have some jewelry you had given to me as gifts.  You knew me well, knew that I liked small earrings.  I still have a most unusual gift from you:  a crystal angel lamp that lights up and warms perfume.
When I saw you for the last time, I whispered in your ear, “You were the best thing that has happened to our family.” I meant it, though you modestly shrugged it off.  Six years is not long enough to have known someone.  But who am I to question God’s plan?  I would loved to have walked with you in the arboretum.  I would have loved for you to have joined more family celebrations.  I would have loved to have one more day with you.  It’s hard saying good bye.  Merilee, I miss you.
Posted by Randi at Wednesday, March 23, 2011 2 comments: 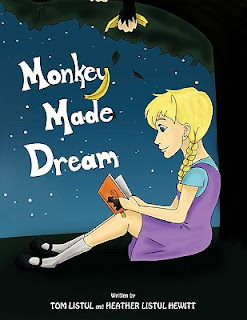 A while back, I wrote an article for a writer’s newsletter.  Before submitting it, I queried the editor.  I waited the obligatory month as indicated and to my dismay, I received no word.  Then I mustered the courage to send the editor a polite follow-up email. Still, no word.  And yet all I wanted was an e-mail that simply stated:  no thank you.  I hate to admit it, but this has happened to me twice—with the same editor.  I should’ve listened to my gut instincts.  But I was willing to try her one more time.  Maybe my emails got spammed.
The same scenario happened to me with another editor, but with different results.  After emailing her over the period of a year, she finally responded to me, accepted my work, and published it.  But, I vowed I wouldn’t submit to her again.  She was unorganized and the effort I put into contacting her repeatedly wasn’t worth my time.  I should’ve submitted my work elsewhere, where it would’ve been published sooner.
Editor etiquette varies from publication to publication.  Most magazine editors will contact an author when they aren’t interested in a submission.  However, there are a few that have a different style.  I call them “the silent type.”  While I could view this as a negative experience, I choose to think of it as a good thing.  I now know that I’m wasting my time submitting to this silent editor.  And all is not lost.  I’ll find a home for my article.  I’ll look into new markets.  Or, I'll submit to the editors with whom I've worked with, those who respect me and will get back to me in a timely fashion.  As for my silent editor, I bear no harsh feelings.  It’s just the way she does business.  And I don’t have to do business with her.  I’ve finally learned that it’s time to move on and cross her off my list.
What are your thoughts when an editor fails to respond to you?
Posted by Randi at Monday, March 14, 2011 No comments:

Besides creating picture books and working as an editor,
I write articles for children.  Last year, when the award-winning, social studies magazine Appleseeds posted that one of their upcoming themes was “horses,” I knew I had to submit. I envisioned writing an article about Visionaire, the Derby race horse that one of my friends co-owned.
Living in Kentucky and having witnessed the 100th running of the Kentucky Derby, I felt that the editor would welcome my query. But before I could think about the query and the article, I had to meet Visionaire.
Visionaire is now retired and living at Crestwood Farm in Lexington.  One frosty November morning, manager Pope McClain, Jr. invited me to meet this chestnut beauty.  After interviewing Pope and taking photos of Visionaire, I returned home to outline the article.  I drew up questionnaires for Visionaire’s co-owners and for the trainer (none other than Michael Matz, trainer of the 2006 Derby winner Barbaro).  Several weeks later, I worked up a rough article.
I polished a query and sent it months in advance of the deadline (August, 2010).  By the end of August, I was heart-broken.  I never heard from the editor.   Having faith in the piece, I decided to place it elsewhere.  Then, toward the end of September, I received an intriguing email.  The subject line read:  Appleseeds Assignment.  When I opened the email I discovered that the editor liked my proposal and wanted to publish it.  So awesome!
I had three weeks to send in the completed article.  The word count had to be trimmed down.  More research had to be completed.  I edited my article accordingly and had my loving editor (my husband) peruse it.  But, he pointed out that the article lacked excitement because it was written in third person.  So I re-wrote the piece in first person, reflecting my thrilling encounter with Visionaire.  Then, I sent it off to the editor with photos and photocopies of all of my resources.  Several months later, I received the contract and word that “The Road to the Derby” will be a three-page spread in the Appleseeds spring, 2011 issue—just in time for Derby Day.
So what did I learn from this experience?  Have a vision.  Follow through.  Let nothing get in your way.  Tell the story like nobody one else can.
Posted by Randi at Monday, March 07, 2011 No comments:

And the Winner is... 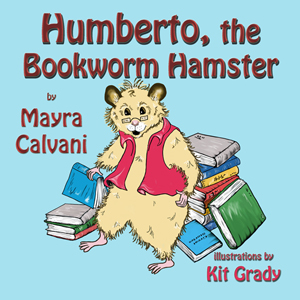 Last month, The Maggie Project sponsored a picture book giveaway contest.
The winner is Margay Leah Justice, who wins a
copy of Humberto, the Bookworm Hamster.
Congratulations and happy reading, Margay!
Posted by Randi at Saturday, March 05, 2011 No comments: