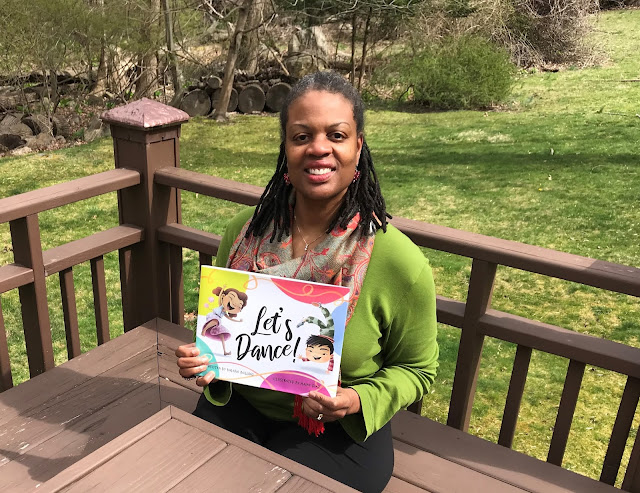 WHEN OPPORTUNITY KNOCKS
Please enjoy a post written by the exuberant Valerie Bolling.

Amazing things can happen when you make the most of an opportunity.  You only have to take advantage of the good things that appear in your life.

For instance, a couple of years ago, I had the opportunity to collaborate on the artwork for my debut rhyming picture book Let’s Dance!  When my book was being edited, I had a specific vision for the illustrations and I could have dug my heels in, but Jes Negrón, my editor at Boyds Mills & Kane, wanted to expand upon my diverse, inclusive vision by creating a more global theme.  Where I saw “Tappity-tap/Fingers snap” as tap dance, she imagined flamenco from Spain.  I envisioned the electric slide or the cha-cha slide for “Glide and slide/Side to side,” but Jes suggested long sleeve dancing from China.  The international concept was perfect, and the illustrations by Maine Diaz truly made my words dance!

Another opportunity presented itself a few years after the publication of my book.  On June 1, 2020, I saw an agent’s “call” on Twitter, in support of #BVM (Black Voices Matter). I reached out to James McGowan via DM (direct message) in response to his offer to answer questions from Black writers.  During this event, I asked James if he’d be willing to provide specific feedback about a story that I’d sent him in December that wasn’t a good fit for him.  I was interested in his opinion, since I had been querying agents and editors after Let’s Dance! was acquired in July 2018 but received no offers.

James promptly responded with, “Thanks so much for getting back in touch with me.  Your name has been on my radar recently, since we share a publisher (and even an editor) ... I'd love to reconsider and see more.” I was surprised to have been on James’ “radar” but immediately sent him the manuscript for which I’d requested feedback as well as two others.

The next day, I was shocked when I received an email in which James said, “I still absolutely love your writing,” and he described the writing in one of my manuscripts as “utterly beautiful.” I was beaming, but the sentence that floored me the most was, “I would love the opportunity to speak with you about these manuscripts and possible representation if you’re interested.” 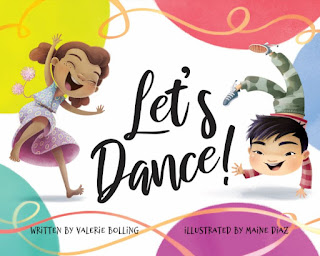 WHAT? How was that possible?  In no way was I expecting an offer of representation. I was totally caught off guard!  Three months after Let’s Dance! was published, I signed a contract with BookEnds Literary Agency with James.

I am grateful for having the chance to work with an editor and an illustrator.  I am thrilled to be a member of #TeamJames.  When you make the most of an opportunity—being open to change or seizing a moment— amazing things can happen.

Let’s Dance! celebrates dances from around the world and the diverse children who enjoy them, children from all walks—or dances—of life: a boy in a wheelchair, a girl in hijab, a child in a tutu whose gender is indiscernible. Let’s Dance! showcases dance in a way that highlights diversity—and that leaves no doubt that dancing is indeed for everyone! It reminds us that dancing is a universal language, even though we all have different accents.”

Here’s where you can buy the book  You can request a signed copy.