For the life of me, I will never understand mean people.

Like the person who knocked the side mirror off my car.  What was that all about?  Did it make him feel powerful?  Did he get a thrill?

I want answers.  Why are people mean?  So, I found out what some experts had to say.

Author, life coach, and speaker Martha Beck believes mean people are hurt.  Really hurt.  "At some point, somebody—their parents, their lovers, Lady Luck—did them dirty.  They were crushed.  And they're still afraid the pain will never stop, or that it will happen again," says Beck.

Dr. Marcia Sirota, author of the article "What Provokes Us to Be Mean to Nice People" in the Huffington Post states, "When we're overtired, overly stressed or really angry, it's much harder to contain our impulses, and something nasty can leak out: a hurtful comment, a selfish choice, a thoughtless act."

Dr. Monica Frank, founder of Excel at Life and a clinical psychologist says that most people are mean because of a distortion in their thinking or some flaw in themselves.  She breaks meanness into two categories:
Thank goodness, I've only encountered one malicious (mirror-smashing) mean person.  Most of my run-ins fall into the second category, the unintentionally mean—

the friend who agreed to help me out, and then changed his mind,

the agent to whom I paid a mentoring fee, but never responded to my query,

the local newspaper reporters who refused to write a feature about my book.

Words are every bit as hurtful as actions.  People have told me:

Dr. Frank believes people are unintentionally mean because they:

However, the intentionally mean are mean for a different reason—they are pleasure-seekers.  Dr. Frank says, "People who act mean based on this reason are doing so due to a self-centeredness and complete disregard of others.  They seek to feel good at the expense of others."  She believes people who are intentionally mean engage in this behavior for attention, power, money, or respect.

According to Dr. Frank, "Usually, unless you have done something significant, it is not about you."  To shake off meanness she says, "Focus on living your life and don't get involved in the pettiness of mean people."

Tommy Cestare, the founder of The Leading (a website dedicated to improving people's lives by writing about the bright side of life) takes Dr. Frank's advice one step further.  He believes that a person with a positive outlook would not let mean people bother them.  He says that positive people have the confidence to brush it off and move on because they’re confident in their own abilities and aspirations.

For a junior in college, Cestare impresses me with his maturity and positive lookout on life.  In the post "Let People Be Mean to You," Cestare says we should "let people disrespect you, cut you off on the road, leave you out of certain events, call you mean names…whatever it is.  Because these situations are the best teacher to show how confident you are in yourself.  They tell you more about you than anything else." 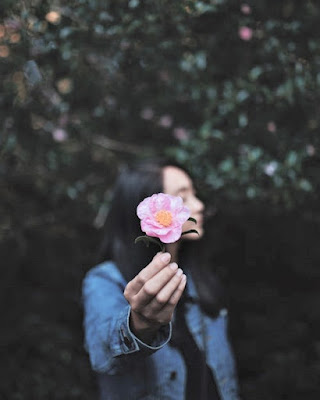 Cestare also urges us to be more sympathetic toward mean people.  They may be are going through tough times and should therefore be given the benefit of the doubt.

It's been noted that it's easier to be mean than it is to be nice.  And it's amazing that the seconds for someone saying something mean has the ability to make us feel depressed for hours, even days.  The time we have to live is much too valuable for being miserable.

Sad, but true, there will always be mean people.  But we can change how we react to them.

We can be kind.

We can be more understanding.

We can be positive and self-assured.

We can focus on the good things in our lives.

Hey, I loved reading the article about being mean.  From my years of working in mental health and now at the school.  I can say that some people are simply mean, and have distorted views of themselves and the world.  Then there are some people that go out of their way to be mean.  Some have mental issues and some do not have any home training or reference to rely.  Simple "yes sir, or please and thank you" are not being said from our young people and when I meet the parents, I can see the reason.  Very sad when I see mean people.  I try to keep myself strong and have a good positive thought life to deal with such people.  G. Smith.

I love this quote by Mahatma Gandhi: "Nobody can hurt me without my permission."  R. Montana