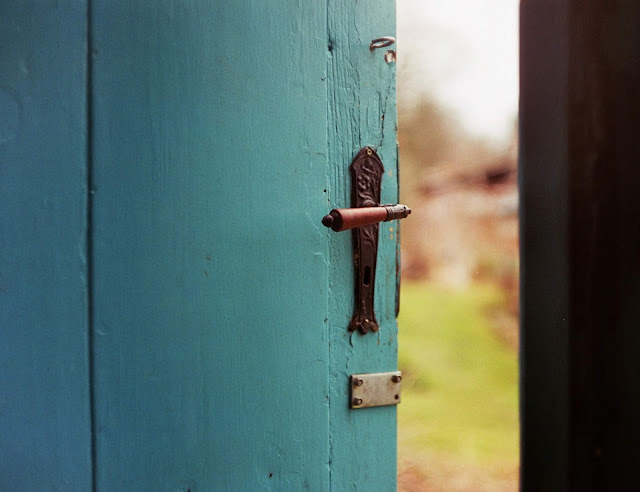 Guess what?
I received the most unexpected invitation.  An invitation that could open doors to new opportunities.

No, my book Maggie and the Summer Vacation Show-and-Tell is not going to be made into a movie.
But close.  I was invited to be an extra in a short film.

I am not making this up.

This is how it happened.  Last November, I was invited to participate in a Local Author Day at the Central Library in Lexington, Kentucky.

On the day of the event, authors gathered in the middle of the library lobby and set up around a large circular table.  We had about fifteen minutes to get ready before the doors opened.  Some authors hung banners, while others arranged posters, giveaway gifts, and bookmarks.  I only needed to assemble my table top display with books and stuffed animals.

As I waited for customers to stop by, I noticed that one of the authors looked vaguely familiar.  He reminded me of a tennis pro who had given my daughter lessons when she was young.  The more I listened to him speak, the more I was convinced it was indeed Chris.

During a lull, I walked over to him and struck up a conversation.  We reminisced about the tennis club days, some twenty years ago.  He reminded me how we had gotten together for lunch to discuss our dreams of writing for children.  Back then, he had been interested in making films, too.

Over the years, we lost touch.  And then, here we were.  He had published several books and wrote and directed some movies.  He had made two short films and was working on a feature film.  Me, being clueless about movie-making, asked him the difference.  Short films are generally 20 minutes long and feature films are about 90 minutes.  He had come a long way since our last meeting.

Later that afternoon, Chris came over to chat.  He told me about his first short film, Jenkins' Choice.  It is an award-winning movie about a talented young man who has to make a serious life choice.  His second film, Wimbledon Dreams is about a tennis pro who reluctantly teaches some orphans how to play tennis and, in the process, learns an important life lesson. 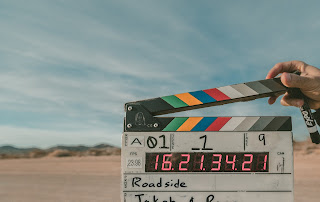 Chris explained that he does the majority of the work himself.  He scouts out settings in rural Kentucky for scenes.  He writes the screenplays, produces, and directs.

For Jenkins' Choice he even wrote the lyrics to the music that actor Keith Cox performed.  I was totally impressed.

And then out of the blue, because you can't make this up, he asked me if I wanted to be in one of his films.  Now, we're talking about a totally flattering and yet a frightening proposition because:


Chris clarified that he was looking for extras.  Even so, everything about the conversation seemed strange and surreal.  Was he feeling generous?  Was he desperate?  Did he see me as someone with a certain je ne sais quoi?  Yeah right.  Oh, the things that ran through my head.

I'm not sure why yes rolled off my tongue.  At the time, it seemed like the appropriate response.  A role as an extra would be perfect, given there are no speaking parts.

After Author Day was over, Chris and I wished each other the best and exchanged emails.  He mentioned that we should get together for lunch.  He wanted my opinion on some of his new book projects.

So, who knows what will happen?  Being in a short film could be totally cool.  This could be an amazing opportunity to see what it's like to be on a set and work with Chris and his crew.  And, being in a film would be another way to build my platform.  As any author will tell you, growing a platform involves more than compiling email lists and having a strong online presence.

But nothing is for sure.  Chris has warned me that the screenplay may be revised and scenes with extras may be cut.  If a scene doesn't further the film's thesis or it distracts from the main plot, it will be removed.

So, time will tell what the future holds.  Will I be on a movie set?  Will I hear a director say action?  Will there be a line in the credits for R.L. Mrvos?

I hope so...but that will be anyone's guess.

That is great news...if he ever needs someone that looks like Denzel Washington let me know....that is wonderful for you and you just never know the doors that can be opened. G. Smith